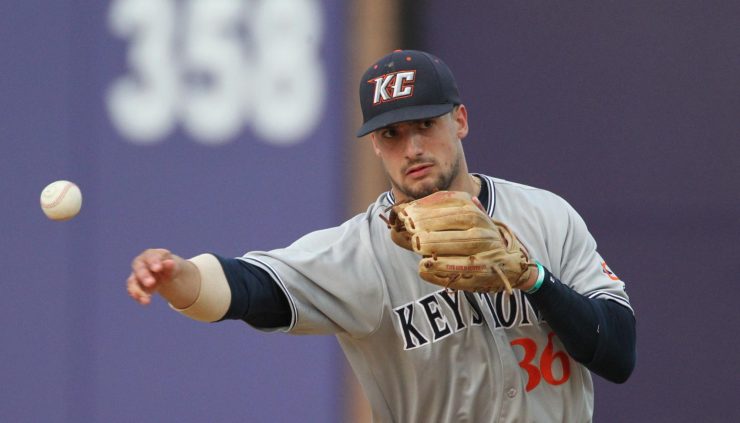 The senior infielder received multiple postseason awards for his role in helping the Giants go 9-1 during the CSAC regular season and 22-6 overall. The Giants won four straight CSAC Tournament games by a combined margin of 49-13.

Chris Hadsall, a sophomore infielder from Lake-Lehman; Adam Kelly, a senior outfielder from Honesdale; and R.J. Gouldsbury, a junior infielder/catcher from Mid Valley; joined Carlini as four of the five players to bat better than .300 in regular duty for the Giants.

Keystone defeated Mitchell, 7-1, at the Auburn Regionals before having its season end in consecutive losses, 8-2 to Tufts and 7-6 to the United States Merchant Marines Academy.

Kelly was a second-team outfield choice on the All-Mid-Atlantic Region team. He batted .330 in 21 games, all starts.

Hadsall appeared in every game, starting all but one. He batted .364 and shared the team runs lead of 42.

Kucharski came off the bench in five games. He was 1-for-5 with an RBI.

Zanghi relieved in three games and had a 6.00 ERA without a decision. He gave up two runs on a hit and two walks while striking out four.