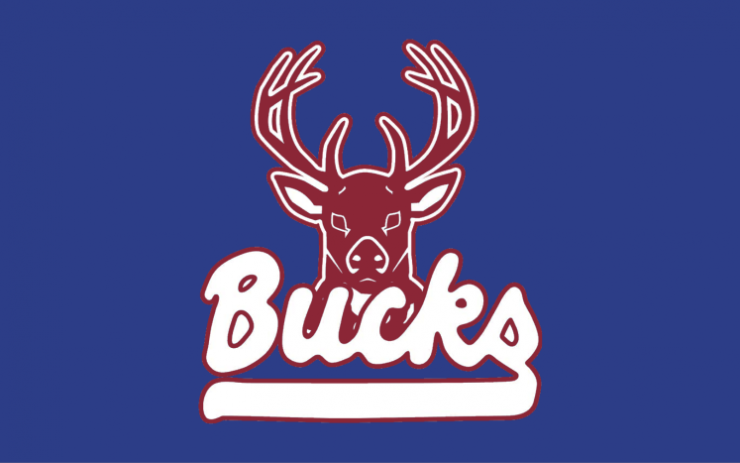 Thomas Bowen and Domenic DeSando connected for a 74-yard touchdown pass with less than two minutes remaining Friday night as Dunmore went into Old Forge and knocked off the state-ranked Blue Devils, 43-36, in a non-league game that was the highest-scoring of the 17 football openers in District 2.

Bowen passed for 236 yards and accounted for 6 touchdowns, 3 of them on passes to DeSando.

The last touchdown created the third lead change of the second half in a game that was also tied twice.

The Bucks trailed, 36-35, and were facing third-and-19 when Bowen sent a pass deep down the left sideline. DeSando, running a fly pattern, caught the ball over a defender’s shoulder at the Old Forge 40, cut back toward the middle of the field and went the rest of the way for the winning score.

Bowen passed for four touchdowns and ran for two. He also had a 31-yard scramble to help set up a touchdown.

With Bowen at the controls, the Dunmore offense piled up 417 yards total offense.

Old Forge needed just four plays and 1:16 to break on top on Josh Spindler’s 54-yard touchdown run up the middle for a 7-0 lead.

Bowen found Nico Ruggiero on a fade pattern into the end zone on the left side for a 13-yard touchdown on third-and-seven to tie the score.

Sobol received a shot gun snap and took off up the middle for a 14-7 lead on a 22-yard touchdown with 3:36 left in the first quarter.

Cale Krushnowski’s 79-yard run midway through the second quarter set up the second of Sobol’s three touchdowns on a 10-yard run for a 20-7 lead.

Dunmore closed within 20-14 at the half when Bowen hit DeSando on a crossing pattern for a 20-yard touchdown on a third-and-15 play with 43 seconds left.

The Bucks went 9-for-14 on third-down conversions in the game.

Sobol’s 30-yard touchdown and a two-point conversion tied the game, 28-28, going to the fourth quarter.

In a preview of their game-winner, Bowen sent DeSando on a fly pattern down the left sideline and lofted a pass in over the defender in tight coverage. DeSando juggled the ball several times around the 10, but never broke stride, gaining control on his way to the goal line for a 40-yard touchdown.

Spindler put Old Forge back in the lead with a 5-yard touchdown and two-point conversion run to make it 36-35 with 4:21 remaining.

The Blue Devils responded to the winning score by driving into Bucks territory, but Dunmore came up with a fourth-and-one stop with 16.8 seconds left to preserve the win.

Dunmore entered the game as the No. 6 Small School while Old Forge was at No. 3 in the Gaughan Auto Store Super Six Power Rankings of District 2 teams, compiled by NEPAFootball.com.

The Blue Devils also opened the season ranked second in Class A in the state by PennLive.com.