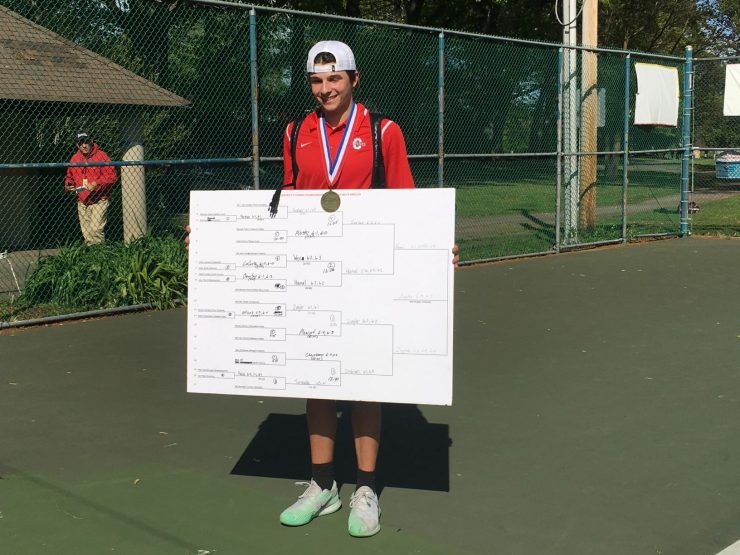 WILKES-BARRE – Ben Ziegler combined a big finish in the semifinals and a strong start in the final Wednesday into the first District 2 boys tennis singles tournament title in Crestwood’s school history.

Ziegler trailed 4-2 in the third set of the semifinals, but did not lose another game until he was into the second set of the final where he defeated Wilkes-Barre Area freshman Michael Hamel, 6-0, 6-3, for the Class 3A title.

Hamel had also used a third-set comeback to reach the final, rallying from a 3-0 deficit to knock off top-seeded John Sinclair from West Scranton.

Sam Christman from Abington Heights, the only unseeded player to reach the semifinals of either the Class 3A or 2A tournaments, won the first set of the semifinal with Ziegler and seemed to be taking control again in the third set.

Armed with the momentum of the semifinal rally, Ziegler was sharper in the final, making sure there would not be another comeback.

The son of the first coach in program history wound up giving the Comets their first title more than a quarter-century later.

Bill Ziegler coached Crestwood through the inaugural 1995 season and current coach Scott Lenio took over the next year.