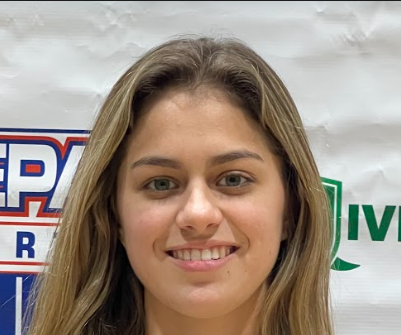 Scranton Prep (2-0) opened the season as the No. 1 Big School in the Riverfront Sports Super Six Basketball Power Rankings of District 2 teams. Lake-Lehman (1-2) is No. 2 among Small Schools.

The teams were tied 8-8 after a first quarter in which Cafarella and Jenna Hillebrand each hit 3-pointers.

Scranton Prep then put the game away on the line in the fourth quarter, going 6-for-7. Cafarella made all four of her attempts while Claire McGrath was 2-for-3.

In other Tuesday non-league games:

Sophia Shults scored 18 points to lead the way as No. 4 Hazleton Area went on the road to defeat No. 6 Scranton in a meeting of Big School teams in the Super Six.

Shults had seven points and Brianna Kennedy added six when the Lady Cougars raced out to an 18-6 lead after one quarter.

Hazleton Area held Scranton without a 3-pointer for the first three quarters while building the lead to 51-27.

Riverside took control early on the way to the home-court rout.

Lillie Pon opened the scoring with a 3-pointer for Riverside, but Wyoming Area then put together a streak to take an 18-3 lead with 3:09 left in the first quarter.

All five Lady Warriors starters got involved in the scoring in the 18-0 run.

Kiley Williams led Riverside with 11 points while Pon had 10.

Abington Heights held visiting Berwick to one field goal each in the first, third and fourth quarters while posting its first win in the team’s home opener.

Maggie Coleman scored 16 points and Madison Zalewski added 15 for the No. 5 Big School Lady Comets, who opened a 14-2 lead after one quarter while improving to 1-2.

Western Wayne, the No. 4 Small School, also won its home opener after going 0-2 on the road in weekend tournament action.

Peyton Graboske, who was 6-for-7 from the line, and Allie Pauler added 10 points each.

Lexi Iveson and Alexandra Iveson led the Lady Sabers with six points each.

Emma Kane scored 14 points for Weatherly, which held host MMI Prep to one field goal for the first three quarters while constructing a 41-6 lead.

Bria Kringe had 11 points to lead the Preppers.