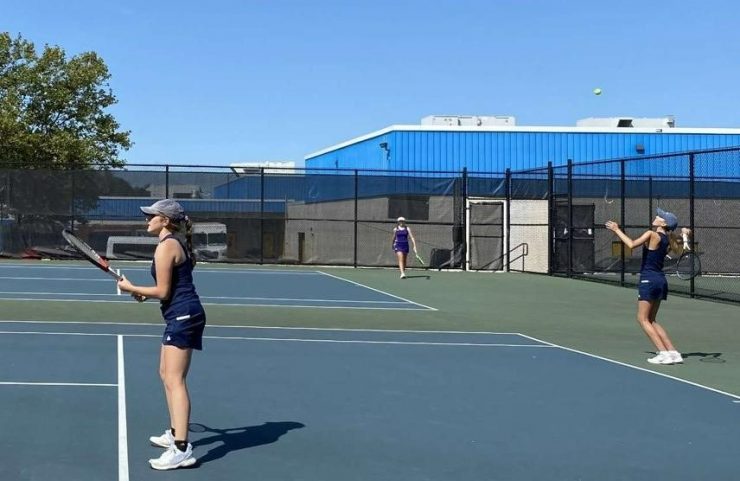 Abington Heights remained unbeaten with a victory over visiting Wallenpaupack.

Abington Heights dominated singles with Bella Peters winning, 6-0, 6-0, at No. 1, Rina Hanumali losing just one game at No. 2 and Susan Arp losing just three at No. 3.

The doubles matches were tighter. Faith Bennett-Hanna Adonizio won the first set, 6-0, at first doubles, but the second went to 7-5 before they could close out Abby Schroeder-Sara Katz. Bernie Mullin-Elina Joshi needed three sets to defeat Lili Elgayer-Sarah Niemiec, 6-3, 1-6, 11-9.