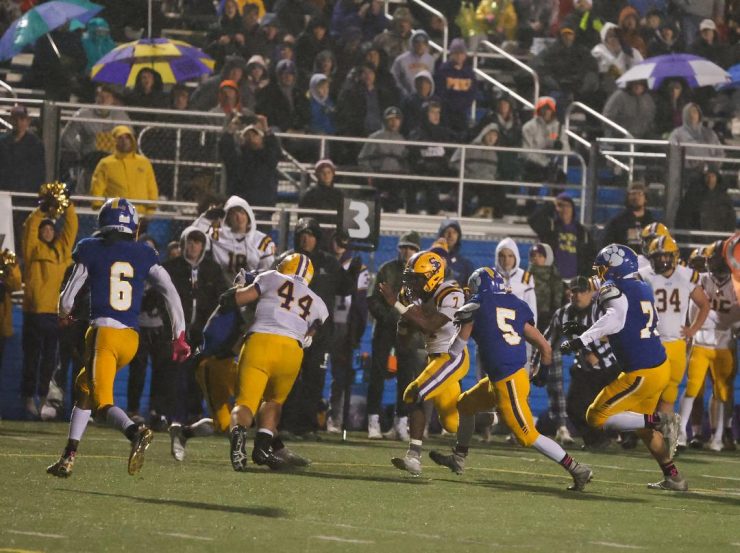 Using the postseason selections by NEPAFootball.com, our partner website, as a guide, the County has a 7-3 edge in players who were either part of the all-District 2 team or were named Offensive Player, Defensive Player or Lineman of the Year for their LFC Division.

Golay also fit that category as the LFC Division 2 Defensive Player of the Year.

His contributions to Scranton Prep’s District 2 Class 3A championship did not end there. Golay received honorable mention on the division all-star team for his role as a bruising blocker helping recent Penn State commit London Montgomery average more than 12 yards per carry and 236 per game on the ground.

Golay, who is headed to Sacred Heart as a recruited walk-on, led Scranton Prep in tackles with more than eight per game.

Lackawanna Trail’s Steve Jervis, NEPAFootball.com’s LFC Division 4 Coach of the Year last season, will have options on how to use Golay as City coach.

“I’m going to go out there and do whatever he needs me to do,” Golay said. “If I have to, I’ll play quarterback.”

The rosters are filled with players who received some type of all-star recognition during their high school careers.

See below for the list of the 10 most-decorated players in this year’s game: