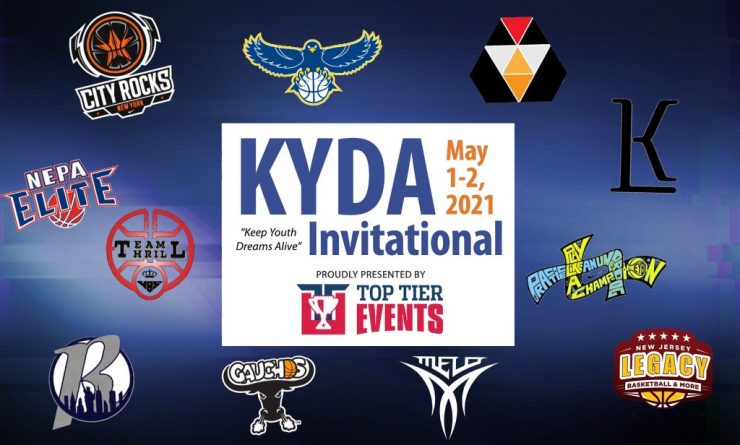 Then, he served as one.

With influence from his high school coach, Victor Hall, “Oz” Cross developed an interest in using basketball to help youth in need in other ways. While working as an assistant coach at St. John’s University, he shared those ideas with Kevin Clark, one of the team’s players at the time.

Now, Cross and Clark have joined forces to bring a new event, combining basketball and helping youngsters, to Scranton.

Cross said the event will consist of tournament-style play in multiple age groups and divisions, along with additional showcase games matching top teams against each other. Proceeds from the administration of the event, and a camp being offered April 30, will benefit Keep Youth Dreams Alive.

Clark, co-owner of Riverfront Sports and owner of the NEPA Elite AAU program, has remained in contact with Cross since their time at St. John’s.

They have discussed working together on an event in the past and decided the time was right to take that step.

Top Tier Events, an affiliate of Riverfront Sports, will organize the event.

“I think having the ability to run and schedule things from an AAU perspective has allowed us to finally see this through,” Clark said.

The early commitments included five Nike Elite Youth Basketball League member teams, three from the Under Armour Association of teams, one Adidas-sponsored team and three others.

Keep Youth Dreams Alive dates back to 1994 when Hall, a community leader and basketball coach, developed it out of one of his other organizations, Take No Prisoners, which had helped keep hundreds of young people in the Bronx off the street and out of the criminal justice system.

Cross was one of young people to have his life shaped by Hall and his efforts.

“I was a kid who was part of the organization and I learned a lot,” Cross said. “Basketball was great, but I also learned a lot of life skills and from there I’ve been able to help a lot of kids.

“From some of the things he taught me, I’ve kind of extended to teach them.”

KYDA, which was registered as a non-profit agency under the guidance of Cross in 2020, features enrichment programs for 3rd– to 12th-graders. Those programs, based in the New York City area, include recreational and competitive travel youth basketball teams.

“I’ve been involved in basketball for about 15 years between college and AAU,” Cross said. “I really wanted to come back and give back to my coach and make it an official non-profit and take it to another level.

“Youth basketball is a way to help kids and teach them other things beyond basketball. It’s not that we don’t push the basketball, but we try to push kids in other aspects of life.”

The event will bring many major college basketball prospects to Scranton and will be open to the public.