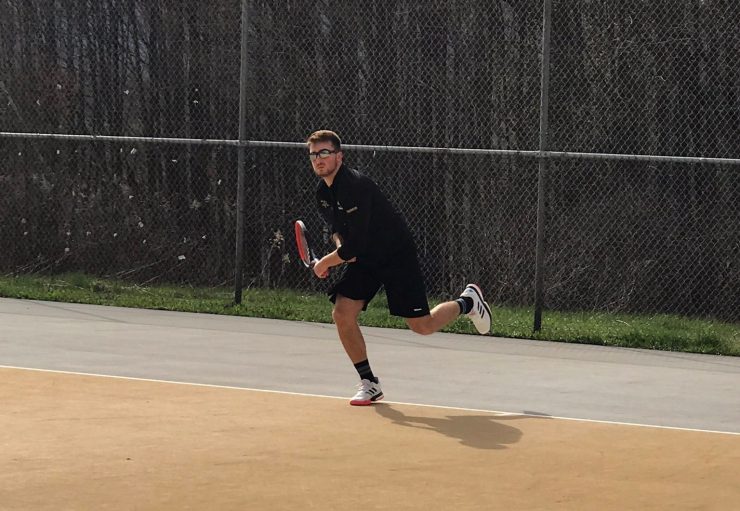 Western Wayne’s Lenny Maiocco made it two straight trips to the Pennsylvania Interscholastic Athletic Association boys tennis Class 2A singles state semifinals with a pair of wins Friday at the Hershey Racquet Club.

Maiocco is joined among the semifinalists, going into Saturday’s final two rounds of singles and doubles competition, by the Dallas doubles team of Tucker Chesman-Dan Flynn in Class 2A.

After making the state semifinals as a sophomore in 2019, Maiocco missed out on another shot last year when all spring sports were canceled because of the pandemic.

Maiocco defeated Vigmesh Elangovan from Richland, 6-1, 6-1, in the first round, then posted the most decisive victory of the quarterfinals when he knocked out Andrew Schiller from Thomas Jefferson, 6-1, 6-0.

Chesman-Flynn opened with a 6-3, 6-1 victory over Max Lauver and Adam French from Juniata.

Both District 2 Class 3A champions went out in the first round.