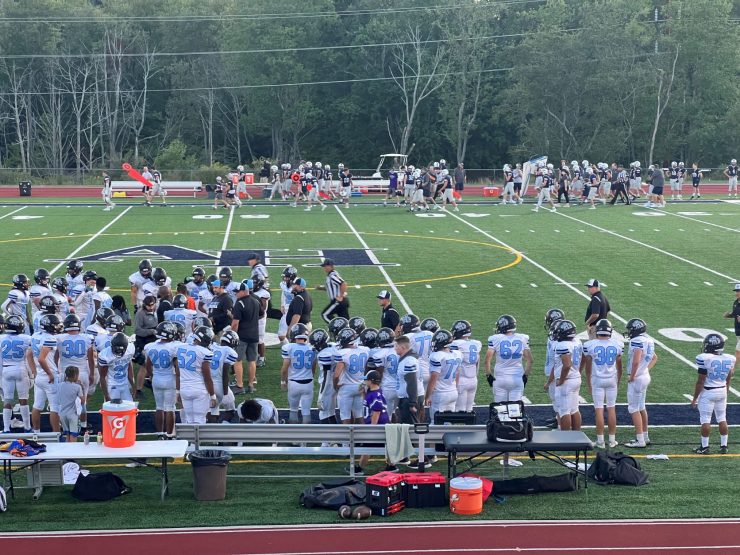 Abington Heights was playing on the turf field at the high school, rather than its usual natural grass field at Comets Stadium, and under the lights at home for just the second time ever.

Nelson ran 5 yards for the touchdown that boosted the Wilkes-Barre Area lead to 21-7 early in the fourth quarter, then, after Abington Heights closed to within a touchdown, he helped the Wolfpack run the final 3:34 off the clock.

Wilkes-Barre Area ran for three straight scores after Shawn Theodore found Jack Burke for a 56-yard touchdown pass with 2:13 left in the first quarter to give Abington Heights a 7-0 lead.

Jake Howe scored from the 1 and Howie Shiner from the 7 to put the Wolfpack in front, 13-7, at halftime.

The Comets tried to counter through the air.

Burke finished with 138 yards on 4 catches. Mason Fedor had 5 catches for 40 yards, including a 7-yard touchdown from freshman Nick Bradley in the fourth quarter.

Gannon Redding had three tackles for the Wolfpack defense. He had seven total tackles and three assists.

Abington Heights was led defensively by Jake Grimaldi with seven tackles and nine assists. Christian Henzes and Austin Boersma were each in on 13 tackles.