MANHEIM – On a weekend marked by comebacks by NEPA Elite teams, it was the ability to respond to an opponent’s rally that allowed the Rini 17U girls team to reach the semifinals of its bracket.

After an 11-point lead evaporated in the second half, the Rini team recovered to pull out a 43-41, quarterfinal victory over GTS Fusion Rise in the first of its two Sunday games.

The Bay State Jaguars 2022 National Gold Bollin team defeated the Rini team, 40-32, in the semifinals, ending its title pursuit and leaving the Rini team in a tie for third place among 32 teams in the 2022 Division Gold Championship bracket at The Prime Event East, a Select Events Basketball tournament at Spooky Nook Sports in Lancaster County.

The NEPA Elite Clark 17U girls reached the final of the 2022 Division Platinum Championship bracket before settling for second. Information on that team’s Sunday games can be found at: https://nepasportsnation.com/clark-team-places-second/.

Recaps of the club’s other teams, including the Rini 17U team, in Sunday games can be found below:

After NEPA Elite led 18-17 at halftime, Blume had two 3-pointers and Booth hit one during a two-minute stretch that opened the lead to 34-23 midway through the second half.

The lead was still at 39-31 when GTS forced three straight turnovers and turned them into eight points by twice hitting 3-pointers for a 39-39 tie with 1:58 left.

Shepherd scored on a drive with 1:34 remaining to break the tie.

GTS had two possessions while trailing by two, but Shepherd and Chase Purdy came up with defensive rebounds.

Booth was fouled after the Purdy rebound and hit both ends of a one-and-one with 7.9 seconds left for a two-possession lead.

GTS scored the game’s final two points on a drive to the basket just ahead of the buzzer.

Purdy finished with 9 points and 12 rebounds. She scored the last six NEPA Elite points of the first half, erasing the last deficit and starting a 22-8 run to the game’s biggest lead.

Booth had a team-high four assists.

NEPA Elite struggled offensively for most of the first half while Bay State was hitting five 3-pointers and needed a Purdy basket with three seconds left just to get within 26-11 at the break in the semifinals.

After trimming the deficit to seven midway through the second half, NEPA Elite got the Jaguars lead down to 38-32 when Megan Desmet came up with a defensive rebound out of a scramble and won the footrace for a layup at the other end with 3:35 left.

Blume is from Dunmore, Shepherd is from Western Wayne, Booth is from Pittston Area and Desmet is from Wallenpaupack.

NEPA Elite won both its Saturday games to capture Pool A and land as one of eight teams in the 2023 Gold Championship bracket where it lost both games Sunday.

XGen Elite knocked NEPA Elite out of title contention, 35-25, then Exodus Gold defeated NEPA Elite, 58-47, in the last round of the day for the four quarterfinal losers.

Cadie Lewis was the high scorer in both games. She hit two 3-pointers in the first half and finished with 12 points against XGen then had 15 points against Exodus Gold.

Lexi Corby added 12 points, all in the second half of the final game when she hit two 3-pointers and went 4-for-4 from the line.

Corby and Williams are both from Tunkhannock. Lewis is from Dunmore and Glowacki is from Crestwood.

NEPA Elite opened Sunday in one of four, four-team consolation brackets created for teams that won their first game, but lost in the second round of the 2024 Division Platinum Championship bracket.

Emily Romanowski had 11 points to lead the offense in the win. Emily McDonald added nine and Sophia Talutto had eight.

McDonald had 12 points in the final game while Romanowski had 9 and Elyse Montgomery 8.

Romanowski is from Western Wayne, McDonald from Abington Heights, Talutto from Dunmore and Montgomery from Honesdale.

Rebels Academy Rosario posted a 37-21 victory over NEPA Elite, which came back to beat Pa. Premier, 41-21, in the finale for the club out of Riverfront Sports in Scranton.

NEPA Elite teams went a combined 13-8 during the two-day event.

Gabby Marsola had five points to lead the offense in the first game.

Elizabeth Viglone and Mackenzie Schirg each scored nine points in the win while Sophia Summa and Gabby Marsola each scored seven.

Marsola is from Wyoming Valley West, Viglone from Dallas, Schirg from Lackawanna Trail and Summa from Dunmore. 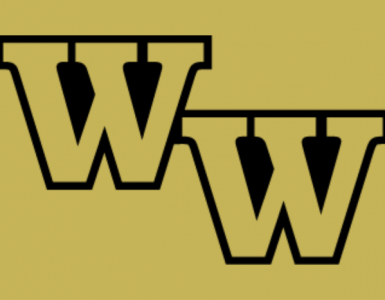