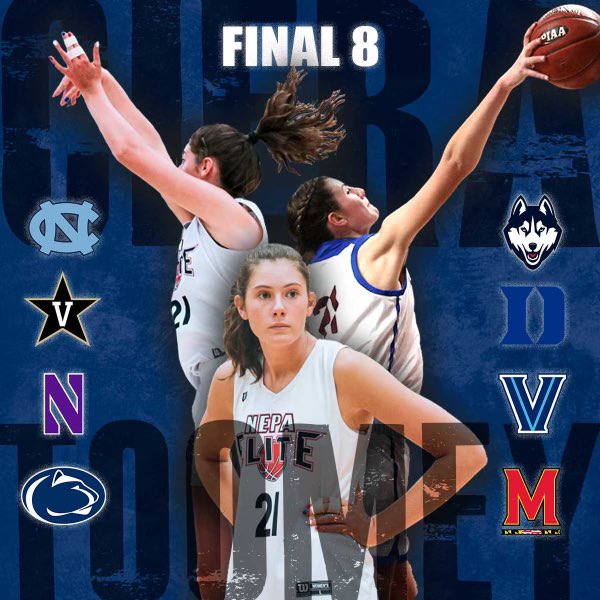 Toomey is listed as the No. 3 prospect nationally in the girls basketball Class of 2023 by HoopGurlz Recruiting Rankings on ESPN.com

Playing two years above her age group, then one year above, Toomey led the NEPA Elite Clark team to HGSL titles in each of the team’s first two years. Dunmore has lost just two games in her two seasons, winning Lackawanna League Division 3 title both years.

Toomey has more than 20 full scholarship offers, non-scholarship opportunities to play in Ivy League and additional major programs following and communicating with her.