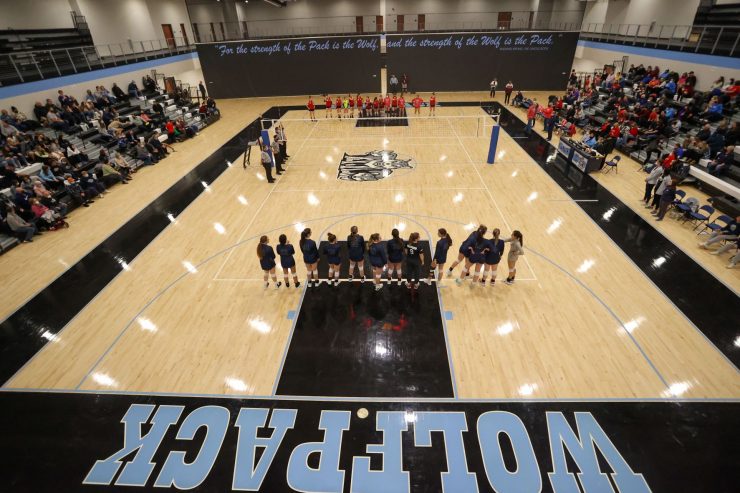 Delaware Valley, Berwick, Holy Redeemer and Blue Ridge all repeated District 2 girls volleyball chances, now they will try to find a way to avoid repeating last year’s Pennsylvania Interscholastic Athletic Association openers when they were all eliminated in straight sets in their first matches.

Even with the return to 16-team brackets, the challenges are significant for District 2, which has never won a girls volleyball state title and does not have a team ranked in the top 10 in any classification.

Delaware Valley, in Class 4A, and Berwick, in Class 3A, each open the state tournament against top-10 teams.

Blue Ridge, in Class A, and Delaware Valley each get to open at home Tuesday while Berwick and Holy Redeemer are on the road.

While Berwick is just making a second straight state appearance as District 2 champion, the others are on long streaks.

Holy Redeemer has played in all 15 state tournaments since the school was created. It also has the district’s most successful state tournament history, including a trip to the 2018 finals and 2016 semifinals.

By Tom Robinson, NEPASportsNation.com PECKVILLE – Sean Bracken already had what by all indications would have been the victory-clinching play Nov. 26 in the Pennsylvania Interscholastic Athletic Association Class 4A...

By Tom Robinson, NEPASportsNation.com This normally wound be the time for predicting the outcome of the weekend’s high school football games, but when the final three District 2 teams were eliminated last week it...

Old Forge, Scranton Prep and Valley View fell in last weekend’s Pennsylvania Interscholastic Athletic Association state quarterfinals, but all three earned the respect along the way that allowed them to remain in the...

Former Lady Bucks square off during Division I basketball game