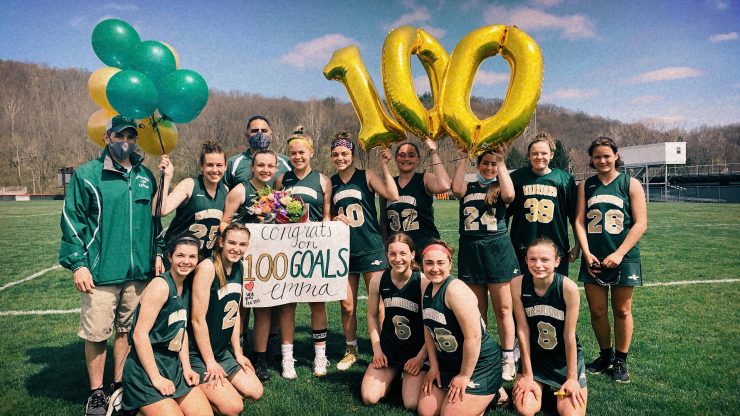 Some highlights from weekend action in District 2 high school sports:

Emma Kelleher scored five goals, including the 100th of her career, as unbeaten Wyoming Area rolled over Tunkhannock, 23-2, Saturday in a Wyoming Valley Conference game. The Lady Warriors are 3-0.

Tyler Mullen threw a two-hitter with 11 strikeouts and no walks Friday as Lakeland defeated Mid Valley, 6-1, to join Riverside at the top of Lackawanna League Division 3 with 2-0 records.

Paige Marabell hit two home runs and drove in six runs Friday when Tunkhannock defeated Hazleton Area, 9-5, in a game between teams that started the day 2-0 in the WVC. Leadoff hitter Elle McNeff was 3-for-3 with a double and three runs scored. Kaya Hannon carried a shutout into the bottom of the seventh when Olivia Wolk’s bases-loaded single drove in two runs and Julia Mrochko followed with a three-run homer.