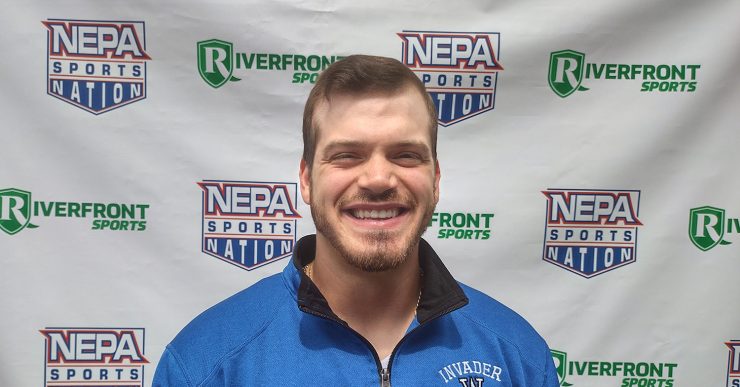 West’s Manetti gets win in debut

Evan Laybourn-Boddie scored the game’s first two touchdowns Friday night and the Invaders never trailed on the way to a 27-17 victory at Riverside in a non-league football opener between Lackawanna Football Conference teams.

West Scranton entered the season on a 21-game losing streak.

Manetti was first named as an assistant during the offseason, then elevated to head coach during the summer when the position re-opened.

Laybourn-Boddie gave West Scranton a 6-0 lead after one quarter on a 35-yard punt return for a touchdown.

Riverside’s Nick D’Amico cut the deficit in half with a 21-yard field goal.

Laybourn-Boddie ran 8 yards for a touchdown and Caiden Berardi ran for the two-point conversion.

Chase Tadonio threw a 34-yard touchdown pass to Reese Gaughan to pull Riverside within 14-9 at halftime.

Riverside’s touchdown came on Tadonio’s 18-yard pass to Gary Mrozinski. The Vikings got as close as 20-17 when Gaughan threw the two-point conversion pass to Richie Kostoff.