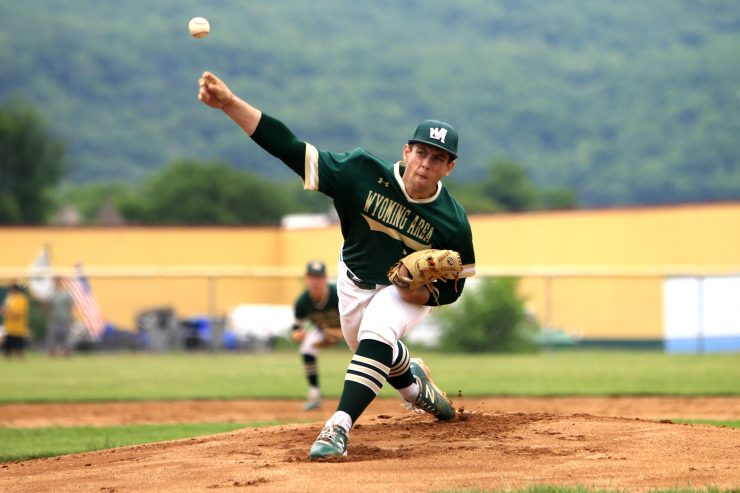 Wyoming Area baseball by the numbers

Some key statistics for the Wyoming Area baseball team that takes on New Castle Friday at 1:30 p.m. in the Pennsylvania Interscholastic Athletic Association Class 4A state championship game.

Statistic: Current Wyoming Area winning streak. The rest of the story: The Warriors have outscored opponents, 60-22, in the winning streak. Before that, they were 6-6 and outscoring teams just, 55-46. During the winning streak, they have won big (10-0 and 11-0) and small (a one-run game in state semifinals and two wins by two runs).

Statistic: Runs scored by Evan Melberger. The rest of the story: The junior leadoff hitter also leads the team in stolen bases with eight and is batting .365, third-best on the team.

Statistic: Jake Kelleher’s runs batted in. The rest of the story: The junior catcher, who is verbally committed to play National Collegiate Athletic Association Division I baseball at East Tennessee State, leads the team in the category. He also leads in batting average at .378.

Statistic: The number of strikeouts J.J. Hood had in six innings in a game against state Class A quarterfinalists MMI Prep. The rest of the story: Hood also has games with 13, 13 and 12 strikeouts. The University of Connecticut-commit, a junior right hander, is 8-1 with a 1.71 earned run average. He has struck out 106 while giving up 52 hits and 21 walks in 66 2/3 innings. On offense, Hood has a team-leading three home runs and is batting .367.