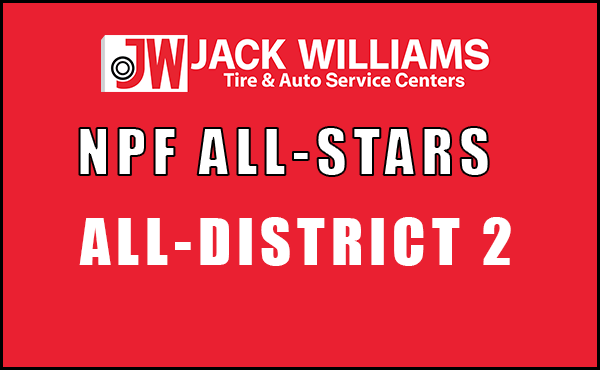 Here are the District 2 All-Stars for 2020. The list is compiled by feedback from the division coaches and NPF Staff. Only District 2 players are eligible. Players are only eligible at one position even if they excelled at more than one position.

OFFENSE PLAYER OF THE YEAR
Zane Janiszewski, Sr. – Western Wayne
Didn’t matter who he played against. Janiszewski was the best player on the field. He finishes his career with 3,915 yards and was a punishing runner who didn’t go down on first contact. Help revive the Wildcats program with his toughness and durability.

DEFENSE PLAYER OF THE YEAR
Jason Henderson, Sr. – Delaware Valley
Henderson finished his career with over 500 tackles against some great competition and was always around the football. He was one of most recruited players in the area and will continue his football career at Old Dominion University.

LINEMAN OF THE YEAR
Mike Gecik, Sr. – Delaware Valley
Delaware Valley has had a tradition of impactful linemand and Gecik has continued that tradition. He was a great techinician on the offensive line and did a lot of the dirty work on defense inside. He will play college football at the University of Albany.

COACH OF THE YEAR
Ryan Arcangeli – Crestwood
The Comets won their second-ever District 2 championship in Arcangeli’s second year. An undefeated regular season, league title, district title and a close loss to state runner-up Jersey Shore in playoffs without their starting quarterback made Crestwood one of the best stories of 2020. 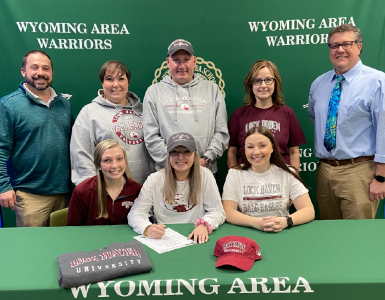 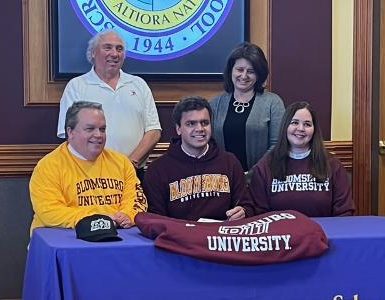 Prep’s Galko to golf at Bloomsburg

Scranton Prep placed three players on the Class 3A team when Pennsylvania Sports Writers named their all-state football teams Wednesday and Thursday. A total of 13 players from District 2 – 8 of them from district...