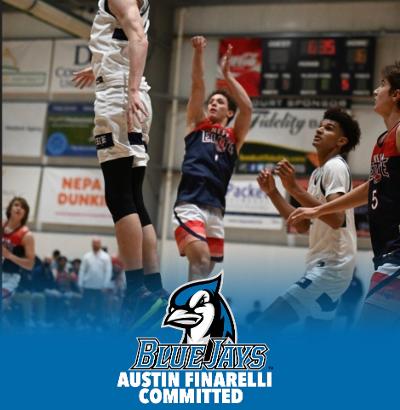 With the opener of his senior high school season less than a week away, NEPA Elite Coyle 17U guard Austin Finarelli made his college decision Saturday night and informed Elizabethtown College coaches Sunday that he will be continuing his academic and athletic careers at the school.

Finarelli plays at Wyoming Valley Conference Division 1 favorite Dallas where he was a second-team all-star choice by NEPABasketball.com last season when the Mountaineers played in Division 2. He was an honorable mention on the WVC Division 1 all-star team as a sophomore after breaking into the starting lineup as a freshman.

“I really liked the campus,” Finarelli said. “When I went there, it felt like a really good fit for me. It was a beautiful campus.”

Finarelli met the team following a practice and attending a game at Elizabethtown.

“I liked the way the players bonded,” Finarelli said. “ … It seemed like they were all having a good time and the guys all seemed nice, which was a helpful, deciding factor.

“And, I really liked coach (Britt) Moore. I think he’s a good guy and I could fit in well there.”

“I think they’re pretty structured in the way that they play,” Finarelli said. “I think he coaches them and disciplines them well, so I like that factor.

“When I went down, there was a lot of ball movement and screen play. I liked the way they played that way, so I thought I could fit in well and see myself playing that way.”

“It was a tough decision because I did like both of those schools as well,” Finarelli said.

Finarelli is undecided, but said he is likely to follow either a business or education path at Elizabethtown.

After sitting out last season because of COVID-19, the Blue Jays are 4-4 with a loss to Susquehanna University in their Landmark Conference opener. They were 12-12 in the 2019-20 season. 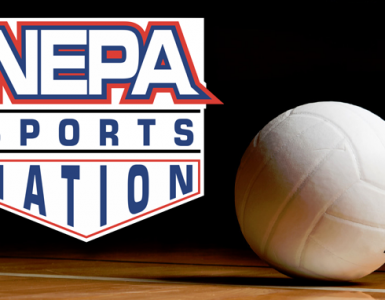