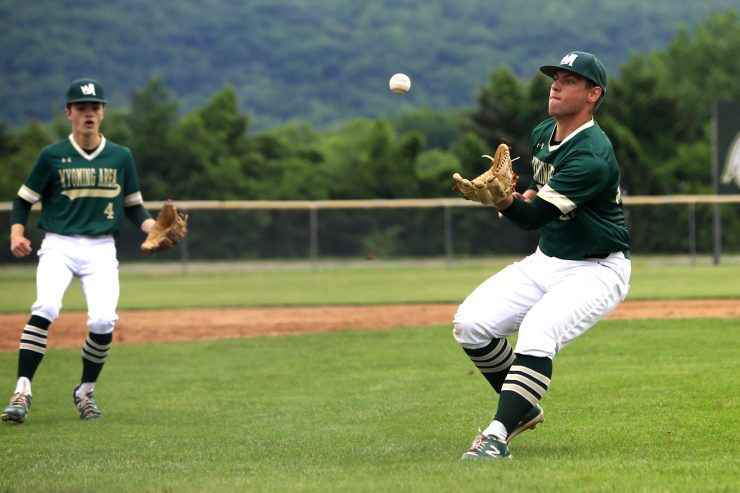 Every time the Wyoming Area baseball team wins, it ventures into new territory for a program that has been around for more than half a century.

The Warriors won a District 2 semifinal for the first time ever, followed it up with their first district championship, then Monday, the team produced its initial state win in what was also Wyoming Area’s Pennsylvania Interscholastic Athletic Association tournament game.

J.J. Hood was in the middle of putting Wyoming Area on top before ever taking the mound where he protected that lead the rest of the way in a 5-1 victory over District 4 champion Midd-West in a Class 4A first-round game at Bowman Field in Williamsport.

In the first half-inning the team ever played on the state level, Wyoming Area scored three times by combining a leadoff walk to Evan Melberger with three hits and a sacrifice fly.

“If our leadoff guy gets on, that does wonders for us,” Wyoming Area coach Rob Lemoncelli said. “Usually, when Melberger gets on, we execute the game plan – move him over, get him in. We strike early.

“That’s a good sign for us with the pitching and the defense we have.”

Jake Kelleher’s one-out single brought up Hood, who fouled off a pair of two-strike pitches before doubling down the left-field line to open the scoring.

After driving in the run, Hood also had his courtesy runner score the third run of the inning.

Hood did not allow a run until the bottom of the fifth, after the Warriors had added a run to make it 4-0 in the top half of the inning.

Midd-West had nine hits off the junior right-hander, who is already verbally committed to play National Collegiate Athletic Association Division I baseball at the University of Connecticut. It kept the pressure on by doing so, but the Wyoming Area infield completed a double play and the Warriors did not commit any errors.

Hood threw 67 of his 98 pitches for strikes while walking one and striking out six. At the plate, he added another hit and another RBI.

Lawall also drove in another run.

Kelleher, who had two hits, and Melberger, who drew another walk, each scored twice.

Wyoming Area’s sixth straight win improves the team to 12-6 and advances the Warriors into Thursday’s state quarterfinal at Walter Stump Stadium in Pine Grove for a 4:30 game against Trinity, the District 3 runner-up from Camp Hill. Trinity is 16-7 after scoring in the seventh inning to defeat Neumann-Goretti, 5-4, Monday. 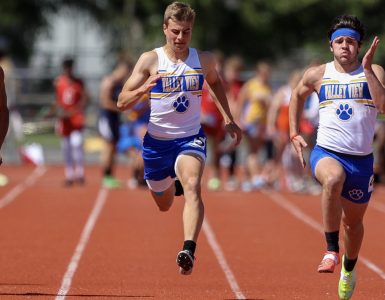