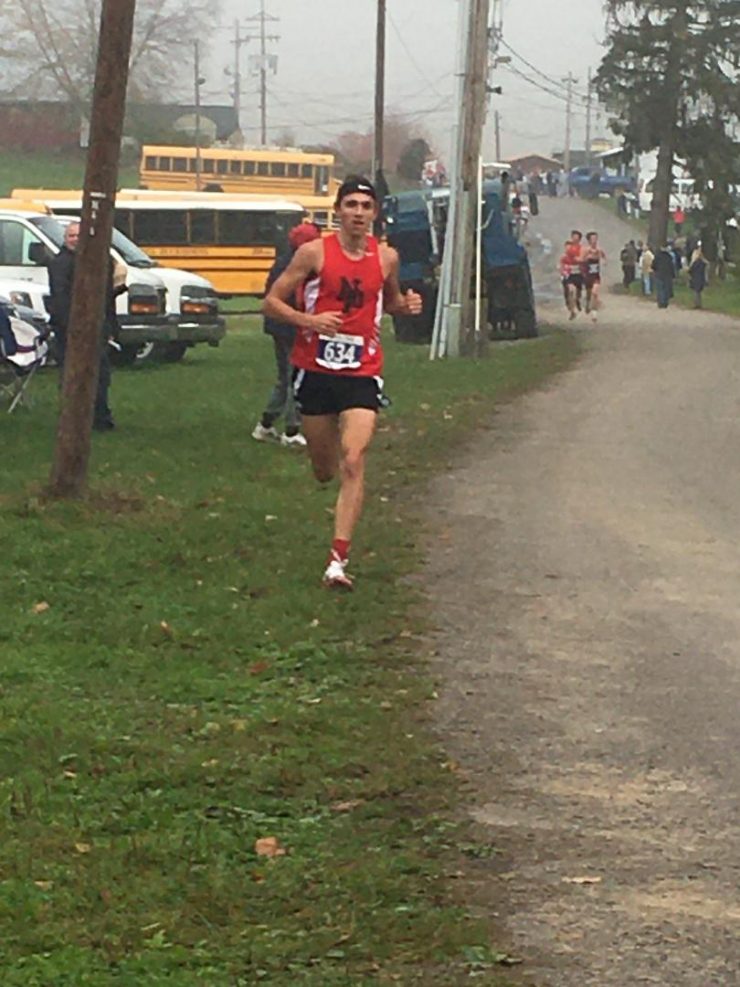 “It feels great,” said Kenyon, a district runner-up last season, who finished first in all six of the six-team league cluster meets he ran this season. “It feels really good that I was able to come back this year and secure the win, not only individually, but as a team.

“I’m super happy that my team was able to give it their all out there today and perform a good race, winning it as a team. I’m super-excited that I can run with my talented team members at states this year and I’m just happy to see what we can do.”

With North Pocono teammates Aiden Horne and Mason Natalini following in third and fourth place, the Trojans were able to unseat defending champion Abington Heights, their toughest competition during the regular season, 30-46.

North Pocono qualifies for the Nov. 6 Pennsylvania interscholastic Athletic Association state championships in Hershey, along with the district’s best five other finishers, three of which come from Abington Heights.

Walsh and Ross were fifth and sixth, followed by Rousseau and Rooney in the next two spots.

“I was just focusing on staying ahead of them,” Kenyon said. “I wanted to maintain a good distance between me and the next guy and secure that district title.”

Delaware Valley’s Nixon Kameen finished 10th to lead his team and secure the last of the available medals.

Delaware Valley was a distant third in the six-team field with 88 points.

Scranton was fourth with 101, followed by Wyoming Valley West with 123 and Hazleton Area with 143.