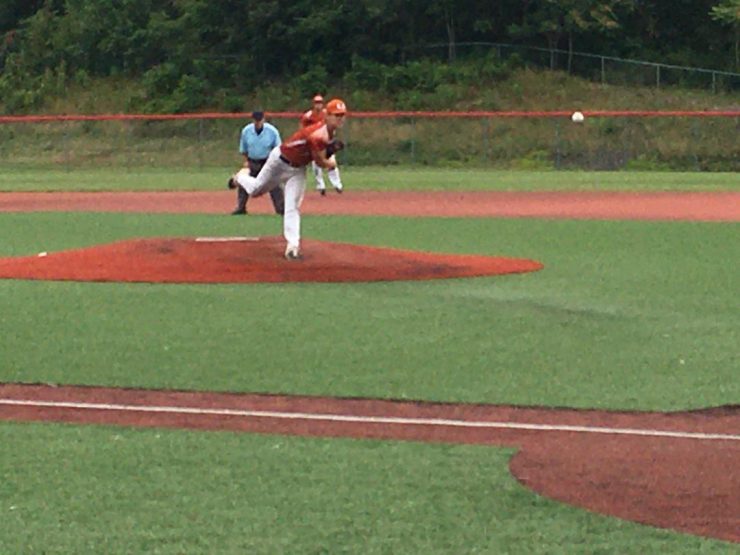 Wyatt Metzger’s two-run triple in the bottom of the ninth inning Saturday afternoon lifted Team Texas Orange over Team Camo, 11-10, in the championship game of the Baseball U of Pennsylvania College Summer League.

Metzger drove in Zack Kovalchik and Lance Book to force the fifth lead change of the day in the game at the Pittston Area Primary Center.

Recent Valley View graduate Kovalchik, who is headed to play at Sacred Heart, was in the middle of the game-winning rally, driving in the first run before scoring the second.

Orange scored three runs in the ninth to rally from two runs down.

Kovalchik’s one-out single drove in Rocky DiBernardo, who led off the inning with a double.

Book, a Hazleton Area graduate who plays at Susquehanna University, was hit by a pitch.

Metzger drove them in with the tying and winning runs.

Book also had a hit earlier in the game.

Several other District 2 graduates were factors in the game.

Matt Clarke and Luke Myers each had two hits for Orange.

Clarke (Hanover Area, Maryland-Baltimore County) was 2-for-4 with two RBI and a run scored. He also pitched three innings, giving up two runs on three hits and a walk while striking out two.

Myers (Nanticoke, Maryland-Eastern Shore) was 2-for-3 with a double and run scored.

Nick Reposa (Tunkhannock) had a hit, drew two walks and scored a run.

Jacob Hodorovich (Lakeland, University of Virginia) started on the mound for Orange. He gave up three runs in three innings on five hits and three walks while striking out three.

Chris Hadsall (Lake-Lehman, Keystone) went 3-for-5 with a double, run and RBI.