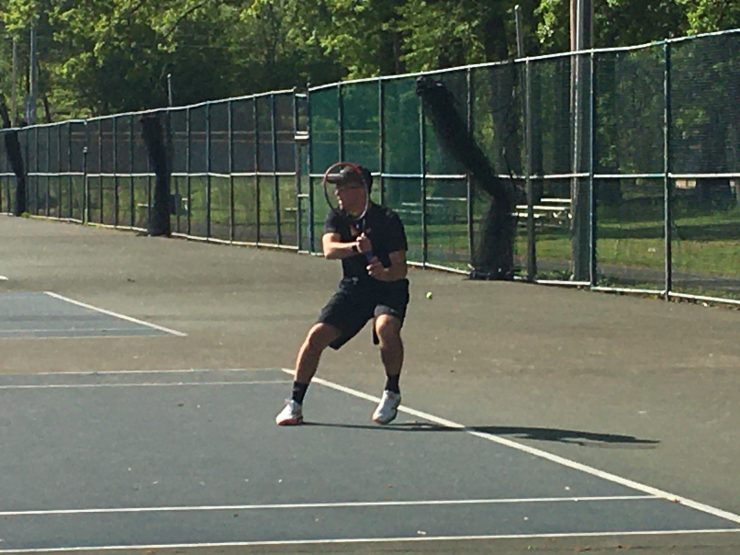 WILKES-BARRE – Western Wayne’s Lenny Maiocco captured the third district championship of his career and Ben Ziegler won the first in the history of the Crestwood program Wednesday when the last two rounds of the District 2 boys tennis singles tournament were played at Kirby Park.

Maiocco was only prevented the distinction of four-time district champion by the 2020 season being canceled because of the pandemic.

Given a shot at another title in his senior year, Maiocco won the last three sets of the Class 2A tournament, 6-0.

The 2019 state bronze medalist defeated Riverside’s Tony Ghigiarelli, 6-2, 6-0, in the semifinals before defeating Dallas freshman Tucker Chesman, 6-0, 6-0, in the final.

Chesman reached the final when Scranton Prep’s Matt Tressler defaulted in the third set because of leg problems. Chesman led, 6-7 (4-7), 6-3, 1-0.

Ziegler, the third seed, never had to face either of the top two seeds in a Class 3A tournament marked by upsets.

Unseeded Sam Christman from Abington Heights took out the second seed Tuesday, but Ziegler rallied to defeat Christman, 1-6, 6-3, 6-4, in the semifinals.

MORE: Return to this website Thursday for more coverage of the district singles tournament.