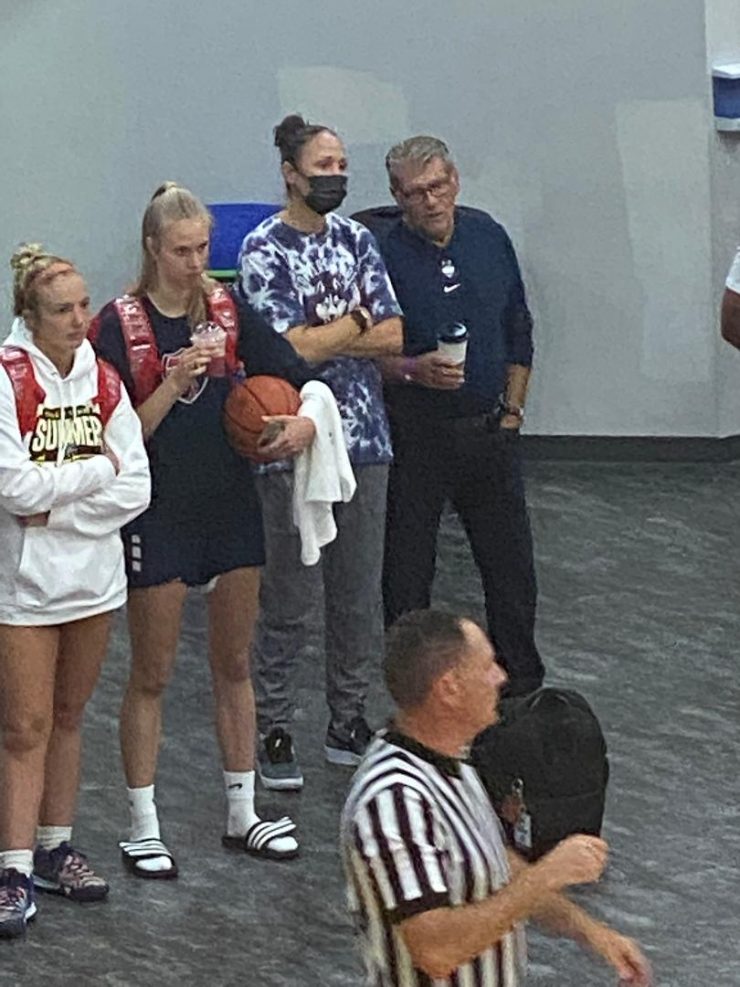 The Summer Championships were added to the Clark team’s schedule after the National Collegiate Athletic Association released its restrictions on in-person recruiting by major colleges and turned July into a “Live Period” for Division I recruiting on the AAU circuit.

That decision put the NEPA Elite girls in front of an impressive group of college coaches, headed by the man who has guided UConn to a record 11 national titles.

Ciera Toomey, one of the nation’s most pursued women’s basketball recruits, responded to the extra attention by scoring 41 points in the 2 wins.

NEPA Elite improved to 3-0 at the event, ran its winning streak to seven straight and improved to 20-3 since June 11 and 26-7 on the season.

Kaci Kranson went 3-for-5 on 3s and finished with 13 points.

Maria Belardi was 5-for-6 from the floor for 11 points to go along with 3 assists and 2 blocked shots.

Toomey was 4-for-7 from 3-point range and finished with 23 points, 5 rebounds and 2 blocked shots in a 53-48 victory over Example Sports Wolfpack, an Under Armour Asssociation team from Illinois.

Moriah Murray, who missed the first two games of the event, had six points, seven rebounds and four assists.

Toomey and Murray are high school teammates at Dunmore. Kranson is from Holy Cross, Lavelle from Riverside, Belardi from Scranton Prep.

NEPA Elite plays for the last time until September when it faces two more opponents Thursday to conclude the Summer Championships.