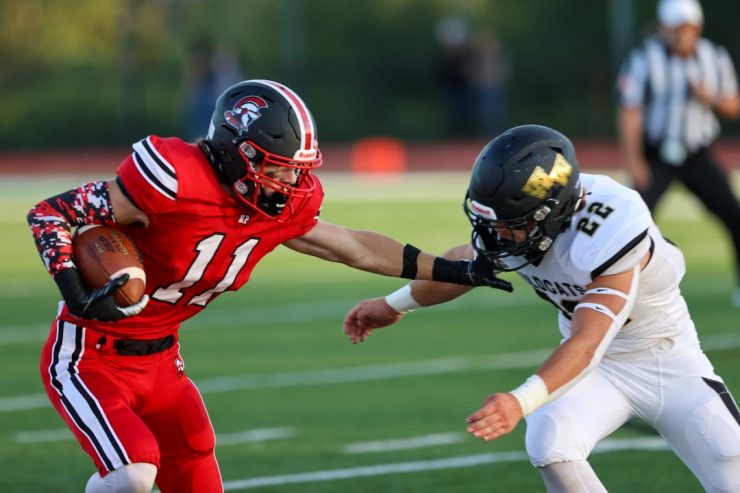 North Pocono built an early lead, made its extra points and held off a Western Wayne rally Friday night for a 28-27, home-field victory in a non-league football game.

Michael Blaine opened the scoring with a 12-yard touchdown run, then put North Pocono ahead to stay on a 29-yarder on the first play of the second quarter.

Brady Mapes went 4-for-4 on extra-point kicks, one of the reasons the Trojans had enough to hold off the Wildcats in a meeting of teams that had won their openers.

Western Wayne rallied with three touchdowns in the last nine minutes, including two by Luke Janiszewski.

When Western Wayne was unable to connect on its first two extra-point tries of the fourth quarter, North Pocono had a two-score lead. The Trojans were up 28-13 after the kickoff return and 28-19 following the second miss by the Wildcats.

Janiszewski scored on a 24-yard run and added the two-point conversion run with 1:17 remaining, leaving Western Wayne a point short.

The Wildcats had tied the game, 7-7, in the first quarter when Sean Owens took a short Frankie Leyshon pass and went down the right sideline for a 77-yard touchdown.

The game matched teams ranked in the Gaughan Auto Store Super Six Power Rankings on NEPAFootball.com. North Pocono is the No. 4 Big School while Western Wayne is the No. 2 Small School.