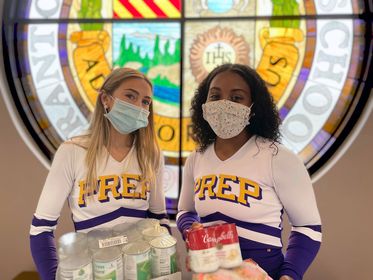 The District 2-4 Class 3A girls volleyball tournament gets underway with the top two seeds in action, hosting quarterfinal matches.

Girls tennis is first to get started with both District 2 doubles tournaments scheduled to begin at 9 a.m.

The Class 3A tournament is at the North Pocono Middle School where 21 doubles teams from 11 schools will play 17 matches over 3 rounds to get down to Monday’s semifinals.

The Class 2A tournament at Kirby Park has 34 entries from 17 schools so it will need 30 matches over 4 rounds – the preliminary round is just 2 matches – to get down to the semifinalists.

For more information on all the seeds and a preview of the tournament, go to: https://nepasportsnation.com/state-medalists-lead-doubles-seeds/.

Lake-Lehman (3-4) is at Scranton Prep (7-0) in a non-league game between District 2 Class 3A schools that could end up meeting again in the playoffs.

Scranton Prep students are using the game to help in their efforts to try to collect 62,000 pounds of food by Nov. 24 to stock area food banks for the winter. The students are in a contest with 14 other Jesuit high schools to see who can collect and distribute the most food to their local communities with the winner receiving monetary awards to provide financial assistance for students to attend the school.

Fans who bring two non-perishable food items to the game receive $2 off admission at the gate.