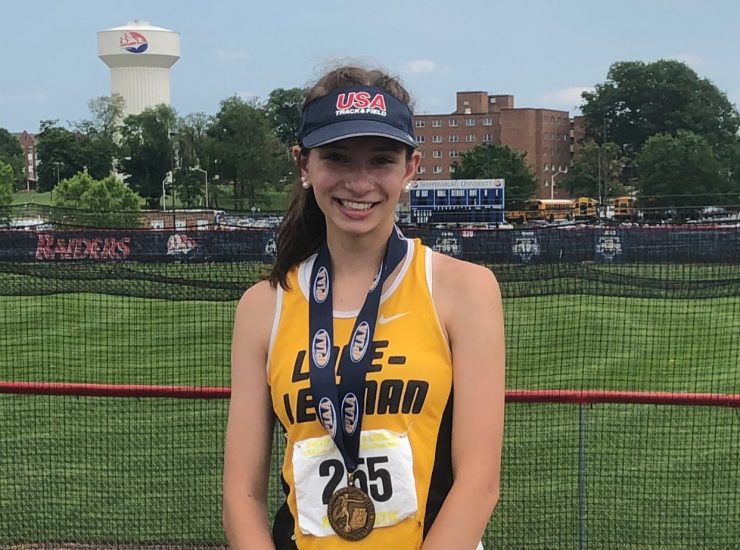 The win over second-place Wyoming Area moved the Lady Knights to 5-0 with one meet left. The top-ranked Small School team in the Riverfront Sports Super Six Power Rankings needs only to defeat last-place Hanover Area to wrap up the outright division title.

Lizzy Blaski won both hurdles and ran on the winning 1600 relay team.

Grace O’Donnell was a relay teammate of Blaski’s, along with also winning the 800 run and running on the 3200 relay win.

Wyoming Area finished its schedule at 4-2, leaving Holy Redeemer (3-1) as the only team with a mathematical shot at tying Lake-Lehman.

Lakeland, which had earlier clinched at least a tie for first place, closed out its Lackawanna Track Conference Division 3 championship with a 97-49 victory over Holy Cross.

The division title was the eighth straight for Lakeland, which has won every Division 3 championship since the LTC switched to its current four-division setup.

Lake-Lehman claimed sole possession of the WVC Division 2 lead when it shut out Nanticoke, 6-0, while Wyoming Area was handing Holy Redeemer a 4-3 loss.

Holy Redeemer started the day in a first-place tie.

Nick Finarelli struck out eight while combining with two relievers on a three-hitter. He worked five innings, giving up three hits and four walks.

Graedon Finarelli, Max Paczewski, Ty Federici and Cole Kaiser all had two hits in the win.

J.J. Hood struck out 13 in five innings to earn the win for Wyoming Area. He gave up two runs (one earned) on four hits and three walks.

Hunter Lawall overcame five walks by striking out five in two innings to pick up the save.

Lawall also had a double and an RBI.

Sam Supey walked twice, doubled in his only official at-bat and scored a run.

Nate Dudeck and Luke Kopec each had a double and single for Holy Redeemer.

Victoria Spaciano shut out Pittston Area until Bella Giardina’s two-run homer in the seventh inning. She walked one and struck out three.

Sage Weidlich had three hits while Giardina and Tori Para had two each for Pittston Area.

Gianna Adams tossed a three-hitter in the loss.

Jordan Porasky and Lily Lombardo each had a hit and scored a run for Dallas.

Emily Novicki struck out 15 in a one-hitter and Katie Starr homered for Berwick in a 2-0 WVC Division 1 victory over Crestwood.

Jessica Koptcho struck out 12 for the Lady Comets.

Hannon struck out 11 in a five-hitter.

Sophia Mandarano and Jenna Cruser hit the other home runs.

Isabella Caporuscio scored seven goals and assisted on three others as Crestwood remained unbeaten through 12 WVC games with a 19-8 victory at Abington Heights.

Kelsey Kulak and Jill Taleroski each added three goals and two assists. Julia Glowacki had a goal and four assists.

Wyoming Seminary edged Scranton Prep, 7-6, in a WVC game between two of the top five teams, according to the Riverfront Sports Power Rankings of District 2 teams. 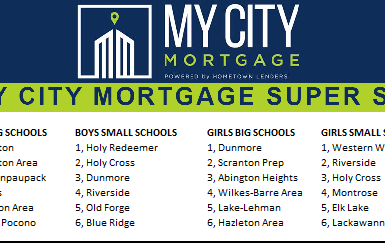