The NEPA Elite Wignot 17U boys team left The Hoop Group’s Pittsburgh Jam Fest on a winning note Sunday, beating TNBA Select, 69-64, in its only game of the day.

The Wignot team won both of its games after being placed in a four-team bracket with other second-round losers from the 17U Platinum Division and finished the event with a 3-1 record.

Each of the five club teams in the event played a single game Sunday.

The NEPA Elite 17U Coyle team lost 51-47 to Philly Pride UAA to finish 1-2 in the 17U Bridge Division and 2-2 overall, including a Friday night win in the Hoop Group Showcase League.

The other teams also lost Sunday.

The Van Zelst 16U team, which had lost its three previous games by a total of five points, fell to 6th Man Warriors, 83-65.

By Tom Robinson, NEPA Elite News MANHEIM – On a weekend marked by comebacks by NEPA Elite teams, it was the ability to respond to an opponent’s rally that allowed the Rini 17U girls team to reach the semifinals of its... 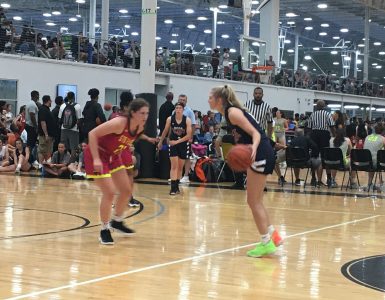 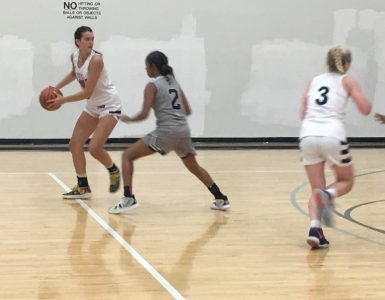 PHOTO: Claire Dougherty, with ball, and Kallie Booth worked together throughout an NEPA Elite Rini 17U comeback victory Saturday. (Tom Robinson Photo) By Tom Robinson, NEPASportsNation.com MANHEIM – The 17U and 16U...