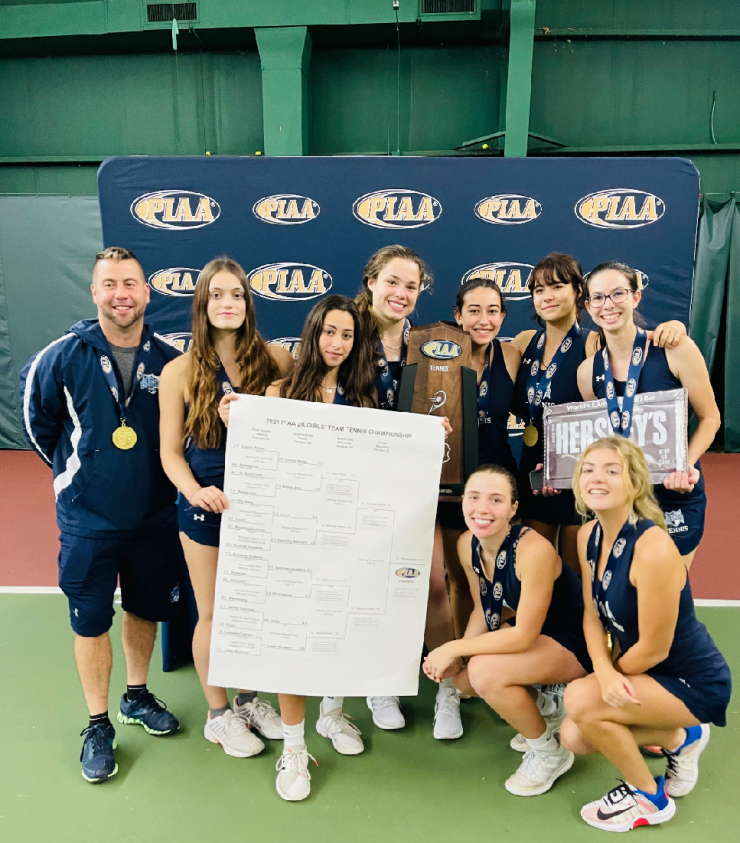 Wyoming Seminary won the Pennsylvania Interscholastic Athletic Association state title in Class 2A, as well as the District 2 Class 2A and Wyoming Valley Conference championships.

Abington Heights was the champion of District 2 Class 3A and the Lackawanna League.

Bella Peters from Abington Heights, in Class 3A, and Karissa Ghigiarelli from Riverside, in Class 2A, each won their fourth straight district singles titles.

District 2 had a first-, second- and third-place finish in the three PIAA state tournaments.

The state title was the third in tennis in school history. Nathalie Joanlanne won the state girls singles championship in 2013 and Wyoming Seminary won the first state boys team tournament in 2001.

Riverside’s Ghigiarelli, the 2019 state champion, came within one victory of a second title in three years. She reached the final before losing and placing second.

All 15 district team matches were won by the higher-seeded team.

The best match came in a Class 2A semifinal loaded with eventual state medalists where Wyoming Seminary edged Riverside, 3-2.

Wyoming Seminary was followed in Class 2A by No. 2 Scranton Prep, No. 3 Riverside, No. 4 Dallas, No. 5 Holy Redeemer and No. 6 Holy Cross.

Abington Heights was followed in Class 3A by No. 2 North Pocono, No. 3 West Scranton, No. 4 Wallenpaupack, No. 5 Crestwood and No. 6 Delaware Valley.

Freshman Ilana Rosenthal scored the deciding point with a victory at No. 1 singles for Wyoming Seminary in the state championship match. … While Sewickley Academy was reaching the state final without losing a team point in the PIAA Tournament, Wyoming Seminary had a difficult road. The Blue Knights downed 2020 finalists Moravian Academy and Knoch by 3-2 scores in the first two rounds. … The state Class 2A singles final turned into a match-up between the previous two champions. South Williamsport’s Olivia Dorner, also the 2020 champion, won, 6-4, 6-3, to avenge a loss to Ghigiarelli in the 2019 state final.