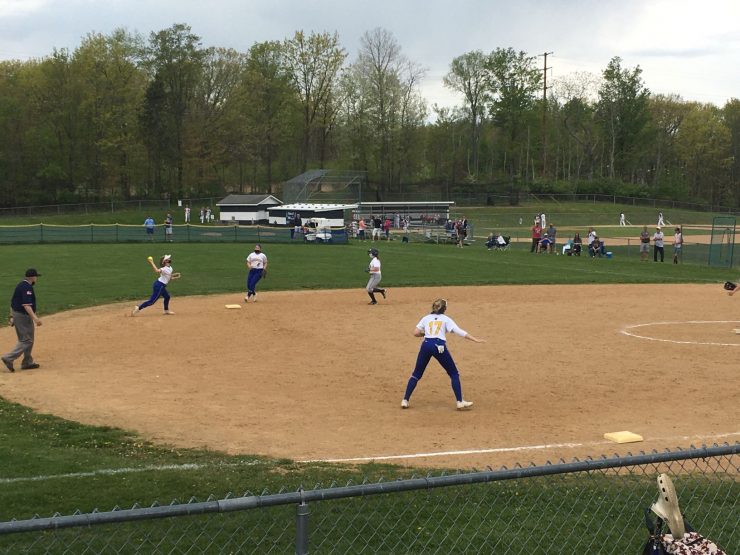 It was not nearly enough.

Abington Heights scored in every inning, pounding out 24 hits, including 7 for extra bases, to clinch at least a tie for first place in Lackawanna League Division 1 softball with a 20-10, six-inning victory.

The Comets scored seven times in the bottom of the first when Riley Dempsey hit a two-run homer after Rachel McDonald and Avery Fiorillo had already singled in two runs.

The Cougars added three runs in the fourth and four in the fifth, which, along with escaping a situation when the potential game-ending runs were in scoring position in the bottom of the fifth, helped them extend the game.

Abington Heights eventually ended the game when Paige Walsh doubled in Ava Stafursky and Renee McDonald with one out in the bottom of the sixth. All three were pinch hitters. Renee McDonald had also doubled.

Riley Marshall, who went 3-for-5 with a double and home run, and Fiorillo each drove in five runs. Marshall also scored three times.

Fiorillo came on in relief to stop the Valley View offense, holding the Cougars without a hit or run while striking out one in the sixth inning.

Abington Heights improved to 9-1 in the league and 13-1 overall. West Scranton (7-3) prevented Abington Heights from taking the title outright by remaining within two games with two to play by beating Scranton Prep, 10-4.

The Wyoming Valley Conference’s last two unbeatens – and quite possibly the top two Class A teams in the state – meet for the Division 1 field hockey lead when Wyoming Area visits Wyoming Seminary Wednesday night at 7...