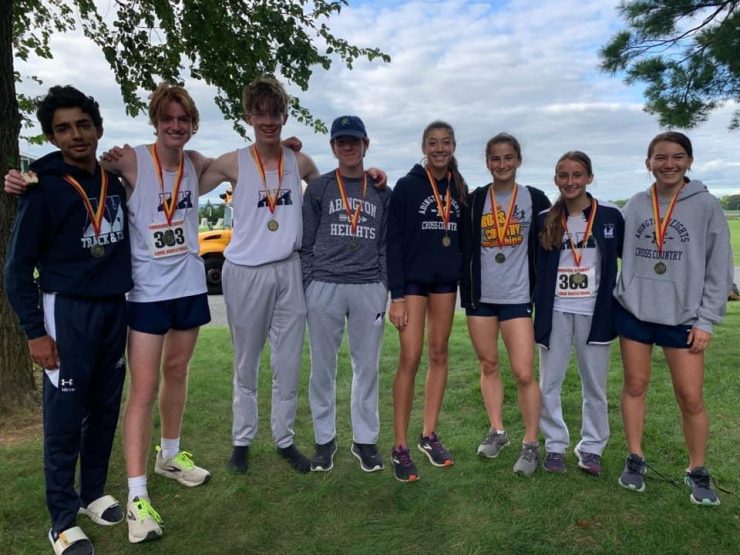 Sophomore Emma Horsley and junior Maia Arcangelo were eighth and ninth in 21:06 and 21:10.

Abington Heights placed seven runners in the top 39 to finish with 81 points and beat out Northwestern Lehigh, which was second with 98.

State champion Olivia Haas from Blue Mountain destroyed the field, finishing in 18:17 to reach the finish line 1:07 ahead of the second-place runner and 1:48 ahead of third place.

Addy Adamsky and Grace Bath were a second apart for Abington Heights in 34th and 35th, followed shortly by Casey Healey and Sophie Breitenoeder in 38th and 39th.

Anna Vogal was 27th and Melanie Floystad was 31st.

Abington Heights finished fourth and Delaware Valley was 12th out of 16 teams in the boys race.

Thomas Smigo from Palisades won in 16:19.

The meet was the debut for interim Abington Heights coach Ed Bath.