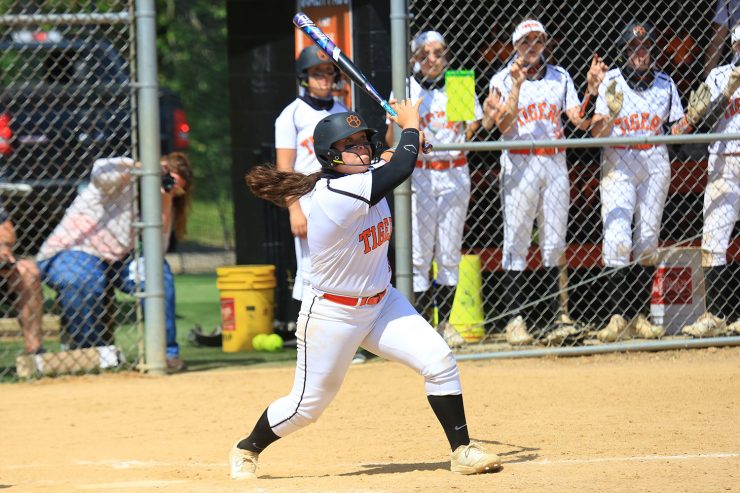 Paige Marabell smashed three home runs and Gabby Wood added one May 31 when Tunkhannock repeated its District 2 Class 4A softball title with a 9-2 victory over Valley View at Wilkes University.

Marabell, the lead-off hitting catcher, started the bottom of the first and sixth innings with home runs for Tunkhannock’s first and last runs. She also hit a two-run shot to left after Hannah James had started the fourth inning with a double.

Ella McNeff followed Marabell’s first-inning homer with a single. One out later, Wood ripped a two-run homer for a 3-0 lead.

Marabell and Wood each drove in four runs.

Valley View closed within 3-2 in the top of the second inning.

After Schultz stole second, Wood lined a double to left field to score both runners.

Kaya Hannon then singled to drive in Wood for a 6-2 lead.

James and Marabell made it 8-2 in the fourth, then Marabell’s homer closed the scoring in the sixth.

Marabell and McNeff were each 3-for-4 in the top two spots in the order. Marabell scored three times and McNeff two. Wood also scored twice.

Ally Stafursky was 2-for-3 with a double and a run scored to lead the Valley View offense.

Hannon was the winning pitcher. She struck out three and did not walk a batter while scattering seven hits.

Marabell had four of her seven homers on the season in the last two games. She went 5-for-8 during the three-game district tournament with all extra-base hits, including a double, while driving in 10 runs and scoring 4.

Hannon was also effective throughout the tournament with a 21-2, strikeout-to-walk ratio in 17 innings. She was also 3-for-8 at the plate.