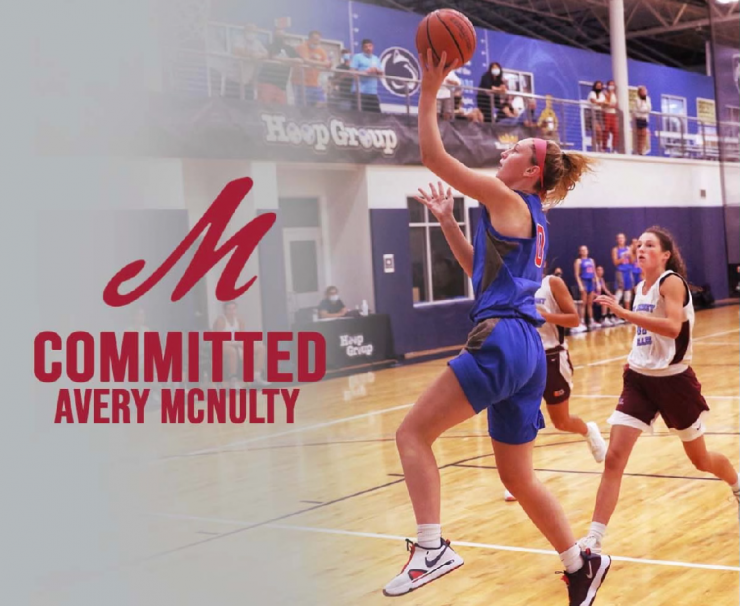 NEPA Elite Rini 17U forward and Scranton Prep senior center Avery McNulty informed Muhlenberg College coaches last week that she will be attending the school and be part of the women’s basketball program.

McNulty, who had made an official visit to Catholic University as part of the recruiting process, said in her unofficial visits she found Muhlenberg to be a fit both academically and athletically.

“I really liked the location,” McNulty said. “It’s not too far home and it’s a nice-sized campus.

“Also, academically, it’s a really great school and it really fits what I’m looking for.”

McNulty plans to study biology to help her on plans to ultimately attend dental school.

Muhlenberg, located in Allentown, is off to a 2-0 start, including a victory over local rival and National Collegiate Athletic Association Division III top-10 team DeSales. The Mules sat out last season as a COVID precaution after going 11-14, including 9-11 in Middle Atlantic Conference Centennial play in 2019-20.

McNulty said Ron Rohn’s coaching philosophy was great for her.

“Everything they do is something I would really fit into,” McNulty said.

As Scranton Prep’s tallest player at 6-foot-1, McNulty anticipates playing center in her senior year, but with a little freedom to move away from the basket at times. She expects those roles to be reversed in college where discussions with the coaches project her to play as a forward who can occasionally move into the post.

McNulty was a key reserve last season for the Classics, who won the Lackawanna League Division 1 and District 2 Class 4A titles last season before advancing to the Pennsylvania Interscholastic Athletic Association state semifinals.