Both Dallas soccer teams posted victories over their rivals from Lake-Lehman in non-league games Saturday.

Dallas won the annual Lieutenant Michael J. Cleary Cup boys game, 2-0, and also won, 3-1, in a meeting of what were the two No. 1 girls teams at the time in the Riverfront United Super Six Soccer Power Rankings of District 2 teams.

The boys soccer teams from the Back Mountain schools meet annually in a game honoring the memory of Cleary, a 1999 Dallas graduate who was killed in action in Iraq in 2005. Cleary was a captain of both the soccer and tennis teams at Dallas before playing both sports at Hamilton College.

Eddie Maier and Rowan Laubach scored second-half goals to lead the Mountaineers to the win in their season opener.

Later in the day, Caelan Gallagher scored all three goals to lead the Dallas girls to their victory.

Maynor Castro-Lemus scored twice to lead Dunmore to a 4-1 victory over Old Forge in another non-league game.

Eva Canevari had a hat trick to lead Valley View past Wyoming Area, 3-1, in a non-league meeting between ranked teams.

Cafarella shot a 36 to finish one shot ahead of teammate Miranda Karoscik.

Ana Galko adding a 41, finishing seventh overall in the 67-player field, to complete the three-player team score of 114.

Tunkhannock was second in the team race with a 127. Kylie Zaleski led the Lady Tigers shooting a 39.

Jennifer Genell from Riverside and Alexa Dorunda from Abington Heights matched Zaleski at 39.

Wyoming Seminary remained unbeaten over the past two seasons with a 3-2, non-league victory over Blair Academy (N.J.).

Victoria Martinez and Anastasia Martinez were the other singles winners.

Wyoming Seminary and Episcopal Academy from suburban Philadelphia played to a 2-2 tie in a game between teams ranked in the top 10 nationally by maxfieldhockey.com.

Blue Ridge won twice in a tri-match, beating Wyalusing Valley in the full five sets and sweeping Nanticoke in three. 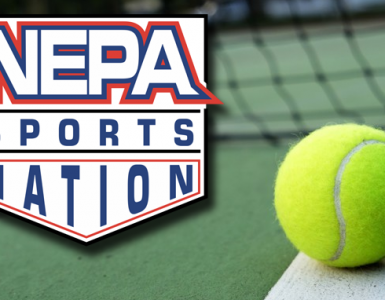