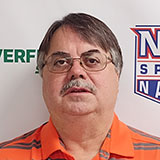 In this game of making predictions, sometimes I’m right even when I’m technically wrong.

And, sometimes I’m wrong even when I’m technically right.

No, I’m not talking about the foolishness of giving a winless team credit for making all three of its extra points and therefore blowing my shot at my first exact correct score of the season. There’s no excuse for thinking Columbia-Montour Vo-Tech would score 21 points and therefore missing out by predicting Holy Cross to win, 43-21, last week when they actually went out and won, 43-20.

Right, but wrong, is more like picking a low-scoring upset and then having my upset special lose in overtime in a low-scoring game. In that case, I feel like I had things figured out, even if I count a loss.

The opposite was true in last week’s marquee game.

I get to count a win for Southern Columbia beating Wyoming Area.

But, Warriors fans may want to remind me of this line, “Wyoming Area is almost certainly sacrificing its perfect record Friday.” Well, the Warriors eventually did cough up that perfect record to Southern Columbia, but there was no certainty to it.

The next paragraph may have had a little more accuracy to it, “Friday’s questions are how competitive Wyoming Area can be …”

The answer to that first one was “very.” The Warriors held the lead into the final minute and came close to putting the Tigers away before falling, 37-30, to the four-time defending state champions.

The 15-2 prediction record in Week Four could be something to brag about, but it also included a look ahead to all the matchups of unbeaten teams that could be on the horizon, including one that was supposed to be this week.

Crestwood ruined that by knocking off Western Wayne before it could host Scranton Prep Friday.

This week’s picks, with home teams in bold italics:

Western Wayne’s loss means there are no meetings between unbeaten teams this week.

This still has to rank as the most significant game, the division opener between Western Wayne and Scranton Prep, two of the three teams that shared the Lackawanna Football Conference Division 2 title last year. Western Wayne needs to bounce back fast because Scranton Prep has shown it can put up some big numbers with 49 points in each of its first two games, then 42 against a then 2-0 Wallenpaupack team. The Cavaliers are coming off a week off for a COVID-19 related break, something Western Wayne could not navigate last week.

Don’t look now, but Mid Valley and Holy Cross each find themselves in a big game – against each other. When these schools are evenly matched in any sport, things can get interesting. Holy Cross draws many of its students from the Mid Valley School District, creating a natural rivalry. The two teams take 3-1 records into the game, making this one of just two games matching winning teams.

Now that Western Wayne and Wyoming Area have suffered their first defeats, there is only one possible game left between unbeaten teams. For that to happen, Valley View and Scranton Prep will have to remain unbeaten into the 10th and final week of the regular season. Valley View should have no trouble taking that next step.

Two of District 2’s four winless teams go head-to-head when Susquehanna plays at Nanticoke. Susquehanna has had two close games compared to Nanticoke’s one and the Sabers are coming off an improved effort last week when they were at 14-7 with Lackawanna Trail in the last five minutes of the half before game eventually moved to Mercy Rule late in the third quarter.

The WVC went 3-2 last week to lower the LFC’s advantage in interconference games this season to 11-6. There are two games this week, the above Susquehanna-at-Nanticoke game and Holy Redeemer at Lackawanna Trail. The LFC has a shot to expand that lead again.

Wyoming Valley West is at Tunkhannock in a game between 2-2 teams. Tunkhannock recovered from an ugly opening loss at Abington Heights to win two straight. Can the Tigers recover from an even uglier,  Mercy Rule loss last week at North Pocono?

Wyoming Area tries to come up with another strong effort when it goes to Crestwood, which is coming off an upset victory that could give the Comets a spark to recover from their surprising 0-3 start.

The Rick suggests in his column this week that we may have to change the rules of our competition next week. I’m not sure how many different ways we could do this.

Perhaps we could be like Lackawanna League golf and play match play when everyone else, including districts and the state are deciding things with medal play. In that scenario, I have Rick three down after winning the first three weeks (or holes) and halving last week when we matched efforts. Using that analogy, I think I stole Week Two despite a triple bogey (going 10-7 to Rick’s 8-9), but couldn’t win with a birdie in Week Four.

The match play approach could be dangerous for Rick’s Picks, however. A few more lost weeks and he could be closed out before getting to the stretch run. I suggest he hope for a big week or two to cut into that four-game advantage. Perhaps he’ll catch a break and I’ll be wrong on a game that I’m basically right about.

And, while we’re making comparisons, readers may note I have Rick at 50-21, not the 51-21 he’s listing. I can’t let him gain a half-game on me with that soccer pick he counted in Week Two. If I let him get away with that, I’d have to counter by predicting field hockey winners at which point this competition would be over in a hurry.

This week, Rick and I disagree on four games, so theoretically, we could be talking about a tie here a week from now.

See where our picks are different by checking out The Rick’s Picks at https://www.nepafootball.com/2021-the-ricks-picks-week-5/.