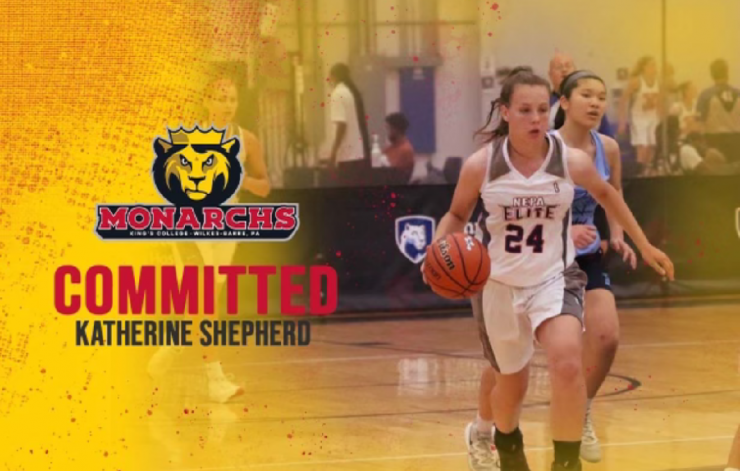 Katherine Shepherd has put a lot of time into developing her basketball skills between playing on the NEPA Elite Rini 17U team and at Western Wayne High School.

But after a successful fall on the volleyball court, Shepherd is looking forward to more time in that sport as well.

Shepherd recently settled her college plans, choosing to continue her academic and athletic careers at King’s College in Wilkes-Barre where she plans to play both basketball and volleyball.

With Shepherd in a prominent role in both, Western Wayne won Lackawanna League divisional titles already in 2021 in basketball and volleyball.

“I wasn’t ready to give up volleyball,” Shepherd said.

After being recruited by the King’s basketball coaching staff, Shepherd reached out to the volleyball program and was offered a spot after her video highlights were reviewed.

Between high school championships, Shepherd helped the Rini team go 21-6 in the 2021 AAU season and reach the final of the Gold Division in its season-ending Hoop Group Championship Weekend in Atlantic City.

Shepherd, a forward in high school, expects to combine wing and forward play in college basketball. She is an outside hitter in volleyball.

“I knew once I saw King’s,” said Shepherd, who plays to study to be a physicians’ assistant.

Shepherd was a first-team Lackawanna League Division 2 girls basketball all-star as a junior, according to NEPABasketball.com, after being a second-teamer as a sophomore. She led the Lackawanna Division 1 girls volleyball champions in both kills and service aces.

Honesdale’s Andrew Tucker and Mid Valley’s Josh Angelo led the way June 13 at Abington Heights when the County defeated the City, 87-62, in the boys competition of the first Lackawanna Track and Field Coaches...